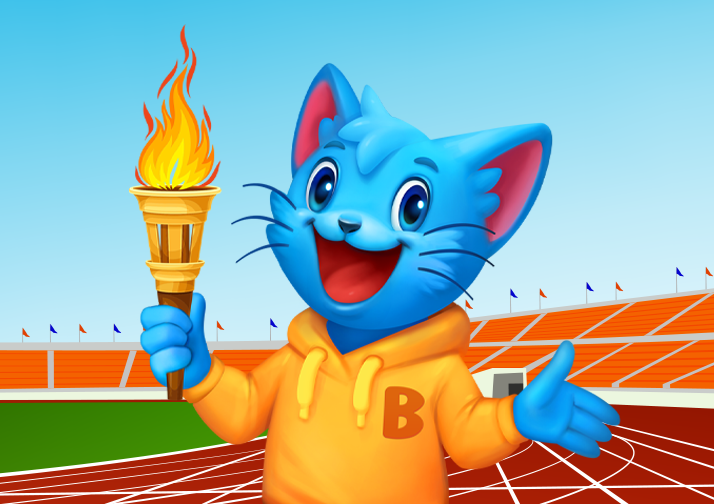 Hi everyone (puff, puff, puff), Blitzy here (wheeeeeeze!). I have been getting into the spirit of things here in Athens by working out and taking a run through the beautiful scenery (phew!) But this cat needs to tone up a bit, I seem to have lost some of my fitness!

In every city I visit, I love to find out about the local sports, games, culture, and of course, bingo playing! SOme of the destinations I have been to prefer to keep things somewhat sedate, and I enjoy theater trips and music gigs in those cities instead of getting worked up into a sweat! But here in Athens, I have truly found the home of competitive sport.

It Goes Waaaaaaay Back

Athens is the birthplace of the modern Olympic games which began in 1894 when Baron de Coubertin founded the International Olympic Committee. Athens played host to the first Games in 1896 for the 241 athletes from 14 nations (compare that to the 2016 Olympics which included over 11,000 athletes from 206 NOC regions, an enormous number which doesn’t take into account the paralympians or the athletes who participated in the 2018 winter Olympics!) 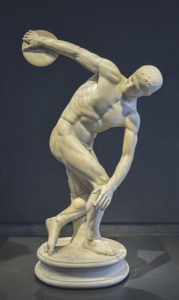 But to find the true origins of the Olympics, you have to go further back. A lot further back! All the way back to 776 BC! The ancient Olympic games were also held every four years, and also included many different sports and physical exercises, but the purpose was very different back then: the Games were a tribute to the ancient Greek gods, in particular Zeus.

The word “stadium” actually originates from the story of the ancient Olympics, as Heracles walked 200 steps (approximately 600 feet), a distance known as a “stadion”, after he finished building the first Olympic stadium.

The ancient Olympic games grew in popularity and were hugely attended during the 6th and 5th century BC, but after that, they began to lose popularity as less people worshiped the old Greek gods and began to follow the Roman gods and religious customs instead.

Don’t let the Adults Hog all the Fun! 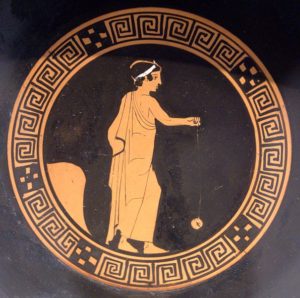 The ancient Olympic Games was actually a very serious matter, but ancient Athens was also home to many children, obviously! Archeological digs have revealed a whole world of childrens’ playtime from the days before Bingo! Other artifacts portray the games in action, such as this jug with a depiction of a girl playing yo-yo.

Even then, the importance of play as a way of learning and developing many skills and socialization was well understood.

Here are some examples of games which were popular: 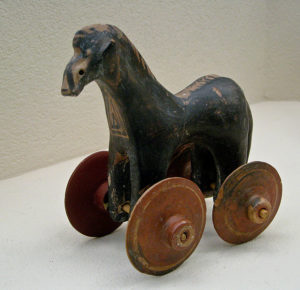 Every Day is a Bingo Day!

There is so much to see and learn about in Athens, I will definitely be visiting here again. But for me, no trip is complete without a game of Bingo! Here in Athens, there are a few places where you can play bingo live, but the most popular way to play bingo is online. That explains why Bingo Blitz is so popular here in Greece. So if you’re looking for me, you’ll find me in the Athens Bingo Blitz room, enjoying a fun evening of daubing as I relax from all that exertion! See you there!

« Art and Crafts in Athens Back to News Greek Cuisine »
Share