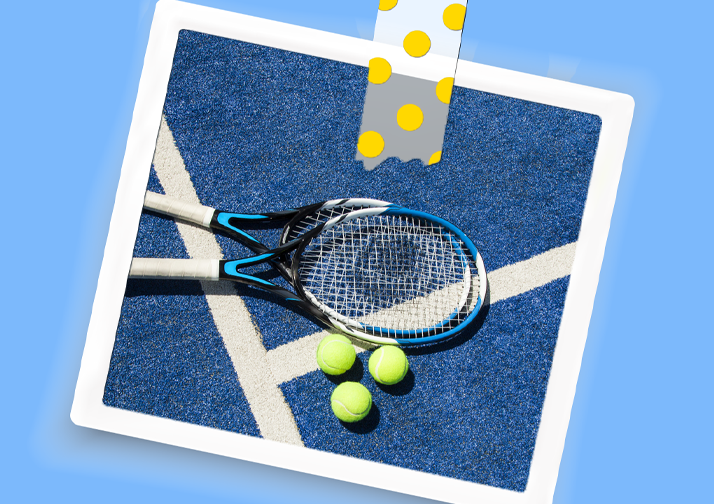 Arts and Crafts in London

Hi everyone, Blitzy here! I am having such a great time here in London (except for the weather - I guess a cat can’t have everything!) And today’s tour made my visit even more amazing. I got to enjoy some of my favorite sports and learn about some of the greatest world sporting tournaments, and to top it off, I discovered just how popular bingo is and joined one of the biggest in-person games I have ever been to! Now that’s my idea of the perfect day.

What Have Ashes Got to do With Sport? 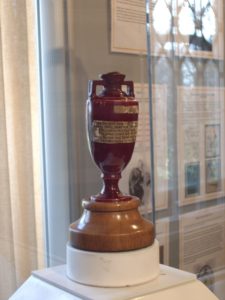 My first visit was to Lord’s Cricket Ground where I checked out the small museum before watching an innings. The most famous artifact is a small urn which represents the “Ashes”, a fierce tournament fought by the English and Australian cricket teams every couple of years. It actually started as a joke! England, who had always been the best team, was badly defeated by the Australian team back in 1882. The sports’s newspaper went into mourning, claiming that English cricket had died, and that "the body will be cremated and the ashes taken to Australia". English captain Ivo Bligh vowed to regain the ashes, and led his team to victory in Australia the following year. As a wink to the “obituary” in the Sporting Times, a group of Melbourne women presented Bligh with a small urn, representing the return of the ashes. Over a century later, the fight for the ashes continues, and it is an important part of the cricket calendar. And the urn, which supposedly contains the ashes of a cricket bail, is on display for all cricket fanatics to see. 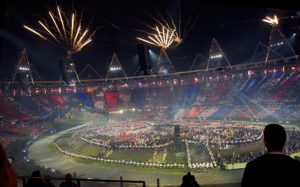 Bringing a City Together

As I said, the weather here is not so perfect, and after lunch, we had to leave Lord’s when rain stopped play. I decided to use the time to visit the Olympic park and find out more about the 2012 Olympics which were held here. It was the first time Britain had hosted the Olympics since 1948, and people had clearly been waiting for the opportunity very eagerly. The whole city came together to welcome the sporting visitors and spectators from all over the world, and the atmosphere was joyous. Britain had also invested in building up sportsmen and women in many different categories, and together they won more medals than they ever had before or since. The Olympic park is still a popular sporting complex and concert venue, and also has landscaped open spaces, perfect for an afternoon picnic (but it’s much nicer when it isn’t raining!) 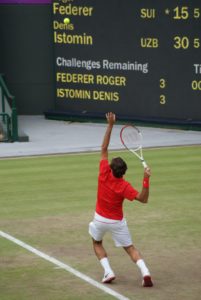 Another hugely popular sporting tournament is Wimbledon, the annual grand slam which is played at the All England Tennis Club in South London. Thousands of people wait each morning to try and snap up one of the day-of tickets, looking enviously at those who managed to buy tickets by ballot in advance, or those rich enough to afford debenture tickets. It’s not just the tennis that people come for, the atmosphere is great and a day spent there is so much fun. Wimbledon has become famous for its strawberries and cream, serving nearly 200,000 portions over the two-week tournament, and champagne, quaffing through an incredible 25,000 bottles.

I continued with my sports and games theme even during supper, choosing to eat at one of the great games cafes which have become popular recently. Seeing as I was in London, I decided to join in a game of the London version of Monopoly. I chatted to my opponents and asked them about playing bingo. They told me about some of the enormous bingo halls around London, and we finished off the evening by visiting one and being quick-on-the-daub against almost 500 others. I didn’t manage to win, but it was a thrill being part of such a huge game. 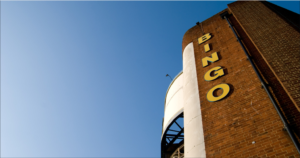 I will really miss this great city, and I can’t wait to visit again. In the meantime, join me in the London room on Bingo Blitz and let’s get daubing!