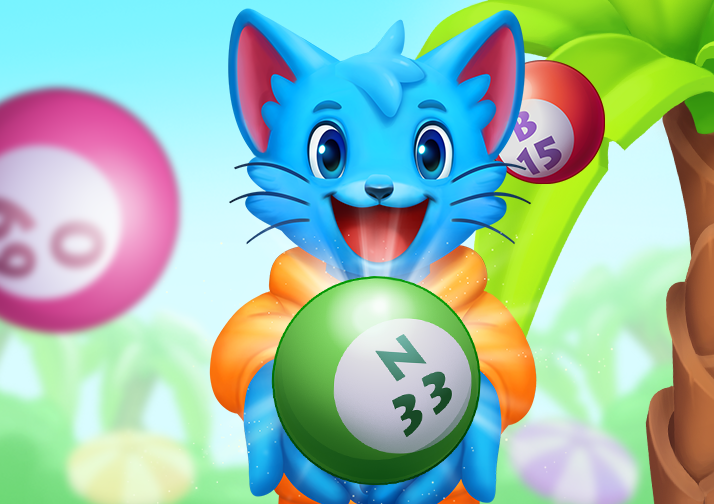 Loved by millions of players worldwide, bingo is a centuries-old pastime: combining a certain number of bingo balls with numbers on them, a scorecard, some chance - and a whole lot of fun!

Even better - while bingo is sometimes enjoyed offline, it's nowadays way more popular online! You can easily play bingo virtually, remotely, at home, and even make it for kids too!

How does the game of Bingo work?

Bingo is really easy to play - even online bingo!

First, you need to decide which game you'll play - 75-ball bingo or 90-ball bingo, with 75-ball bingo usually being a quicker game, as there are fewer balls.

The speed of the game is also up to how many players are playing (which, if you're playing bingo online, could be hundreds of players!) as well as the number of scorecards you have. Your scorecards should have 25 squares, with random numbers in each square.

You'll need at least 1 scorecard for each player, but you can also have more than one per player. Each scorecard will have 25 numbered squares, with a different, random set of numbers per scorecard.

What’s the trick to winning bingo?

Before we get into the ‘trick’ of how to win bingo, we should really talk about how the game of bingo is won.

The idea is, you can either win when you're the first one to cover 5 squares in a row (either horizontally, vertically or diagonally - but they all must be touching squares!), or if you cover all of the squares on your boardcard.

To win either of these, you need to listen to the bingo caller calling out the numbers, and every time you hear a number, check your card/s and cross out the square (‘daubing it’) if it has the number that’s just been called. Rinse and repeat until you have either a line or the entire card!

Having said that, there are some ways you can increase your chances of winning the bingo game - even when you're playing remotely or at home with your kids!

Having more bingo cards gives you more possibilities to win, although it can be frustrating when you have parts of one card daubed off, and parts  of a second one also daubed...but not quite enough to make a winning bingo card!

You could also play bingo games with fewer balls - a 75-ball game will go quicker than a 90-ball game, as there are fewer balls to come up and be called!

Having said that, because playing virtual bingo is computer-generated, there’s less wait time between balls being called, so it doesn’t really make much of a difference to the speed of the game - if anything, those online games can happen at lightning speed!

A few things you should know:

How do you play bingo at home?

Bingo is really easy to play at home, and you have three main ways to do it:

This is a great way to keep your kids quiet, and bingo for kids is so easy to do!

You'll need bingo cards - which you can make yourself, bingo balls (which you'll probably need to buy) and someone who is happy to be the caller.

Probably the easiest and quickest way to play, using a bingo app (such as Bingo Blitz) will take all of the hard work away from you. You'll have a virtual set of bingo cards, virtual bingo balls and an automated caller too! You'll also be able to effortlessly switch between different types of bingo games, and even have some cool extra features (freebies, bonuses, powerups and challenges) to make your online bingo game a little more exciting than standard, offline bingo!

If you're looking to play offline with friends, joining a video chat session, where each of you have made your own bingo card, is a really great way to lay!

How do you play bingo for kids?

Playing bingo for kids is a really easy way of keeping them entertained, for hours on end. There are also so many ways you can do it, with customized bingo cards for each occasion!

Playing bingo for kids is pretty similar to the standard game, and you can have whole-family fun, with just a few small tweaks, depending on the age of the kids:

How do you play bingo in the classroom?

As we mentioned above, bingo for kids is an excellent way to keep them engaged and having fun - and that’s even more true on a grander scale, like in the classroom!

Because bingo is such an easy game to set up and you can have as many players as you like, it's an ideal game to play in the classroom - for all ages!

There are a few different setups you'll need to know about, depending on whether you want to play virtual bingo or offline bingo in the classroom:

Whichever way you play, you can be almost guaranteed that every player will be in for a good fun - and engaged - time. AC

The Bottom Line: how to Play Bingo

When it comes to playing bingo, you have so many choices, no matter the circumstances.

For those of us on lockdown, or even if we’re self-isolating out of personal choice, playing a remote version of bingo (virtual-style) is a great way to get your bingo fix, without having to go out of your way or break any laws. It's also a super easy way to engage with friends, family and loved ones during the pandemic.

However, the easiest of all types of bingo to play has to be the online version, such as with a free bingo app. Because most of the action - the caller, the bingo balls chosen and more - is all automated, you can focus on getting to what matters most: playing bingo and having fun!

« Get Healthy With Blitzy’s Bingo Lifestyle Tips – Strawberries Back to News What are Bingo Calls? »
Share