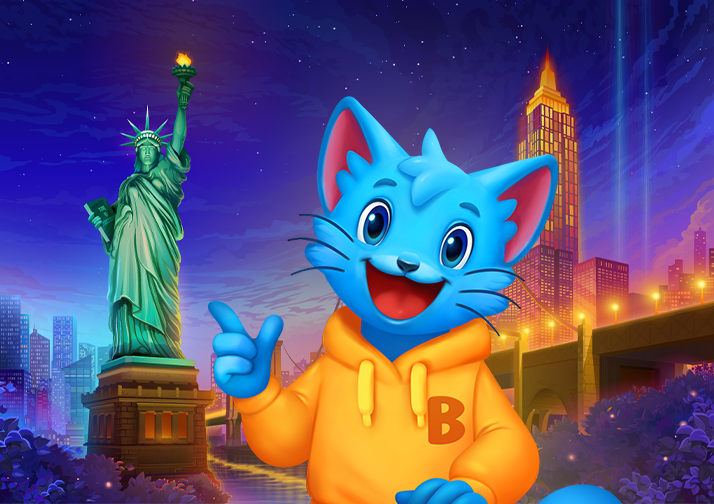 Hi everyone, Blitzy here! Here it is, The Blitzy Guide to New York! But this is not your usual Big Apple tour. We’ll be taking in some of the regular tourist attractions📷, but much more importantly, we’ll be checking out the best bingo locations, and hopefully bringing you some inspiration for a different bingo experience.

Bingo Blitz fans will recognize the collection items from the New York room which I used as my inspiration to start my NY tour. I hopped into an iconic yellow taxi cab🚕  and was so excited to finally be in New York that I didn’t even mind the traffic on the George Washington Bridge🌉. 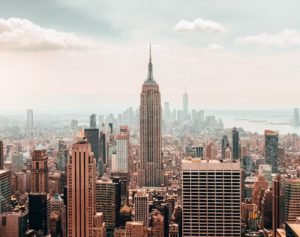 Once we made it into Manhattan, my first destination was the Empire State Building, so that I could take in the view of this magnificent city, before heading to a bingo hall for my first game of the day. Bingo is hugely popular in New York and there are some great halls, but the COVID-19 pandemic has resulted in the closure of some venues, so my advice is to check before setting out. 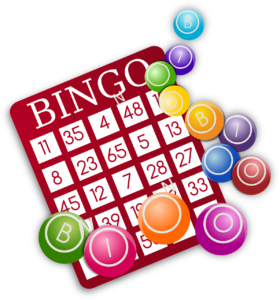 Art and Culture in the Big Apple

I spent the afternoon taking in some of the amazing museums in NYC, including the Guggenheim, the Whitney and the Metropolitan Museums. If you enjoy art as much as I do, there is plenty to enjoy here in New York, and I recommend joining a guided tour to get the most out of the experience in each museum.

Then it was time to head for one of the great Manhattan hot-spots, a grill-bar 🍻where they offer special themed nights...you’ve guessed it: BINGO! It was mostly for fun with small prizes, which is a contrast to some of the major cash prizes💰 which are up for grabs at the big bingo halls. 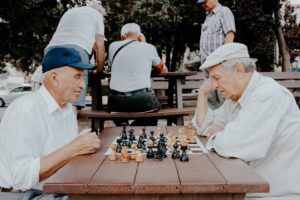 The Heart of the City

Day 2 of my tour began with a stroll around Central Park 🌳🌲(well, a small corner of it, at least!) I love meeting new people and making friends, and what better place than in a park the size of a small country?! One of my favorite sights there was people playing chess together♞♚. Just like when people come together to play bingo, these al-fresco chess matches are all about making connections and being with friends. That’s what makes these games so special 💗. 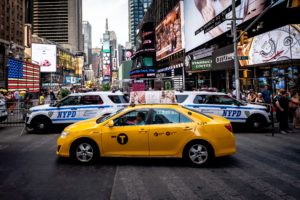 It was time to grab another taxi and head further afield. I got chatting to my driver, and he told me there are over 13,000 yellow cabs in New York! A driver will make up to 800 trips every month, covering almost 100,000 miles each year!

My driver took me to Penn Station where I took a train to Upstate New York to find out more about how Bingo became so popular here in the USA (and to see if I could win a game or two!)

Bingo is played in community centers, bingo halls and even in restaurants and bars throughout the state. It’s popularity stems from the simplicity of the game, together with the thrill of winning. Add to that the fact that so many friends can play together at once, and you have a recipe for success. The somewhat complex gambling laws in the United States means that live bingo is still more popular than the online version, but Bingo Blitz doesn’t involve any gambling at all as it’s a free-to-play version, and so EVERYONE can join in. That’s why we have so many fans Stateside!

A Special Bingo Treat for YOU

You don’t have to live in New York, or even in America, to enjoy this freebie, which is my special gift to you for joining me on this fun tour! See you again next month in a new city!

« Eating Out in New York Back to News Blitzy’s Guide to Crafting – New York Edition! »
Share