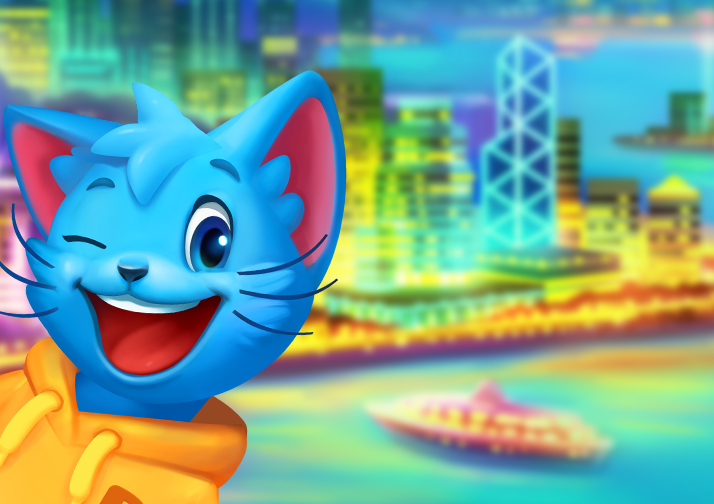 Hi Guys, Blitzy here! Every time I step into a new city, I am blown away by the sights and sounds, by the amazing people and the culture and traditions around me.

This month I am visiting Hong Kong and it is as incredible and fascinating as I expected it to be, and much noisier too!. Hong Kong is a city and province in south-east China and its colorful history means that it is a meeting-point for many different cultures. From bingo nights to Traditional Chinese theatre, and everything in between, you can find it all in Hong Kong, one of the most developed cities in the world. There are more skyscrapers here than any other city in the world (482 towers over 490 ft) so it’s easy to feel dwarfed as you walk around. The population of 7.5 million are mostly Cantonese, but almost half have British nationality since Hong Kong was under British rule from 1841 until 1997. As you can see from this picture, public transportation is very popular and very efficient, which makes it so easy to get around.

Touring the city - expect the unexpected! 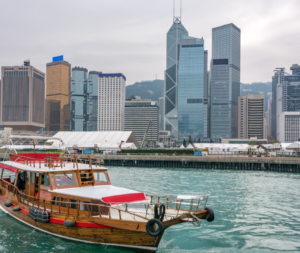 Hong Kong hosts up to 3.5 million tourists every year, and it’s easy to see why. There is a Disneyland for families, traditional cultural activities for aficionados, restaurants to suit every budget, and to top it off, Hong Kong also attracts Buddhist pilgrims to its religious sites. Just when you think you’ve seen it all, there are more surprises and beautiful places to explore. A great place to start is on the river: you can see the city in all its glory, and it’s even better if you choose a nighttime cruise, with the bay lit up. For those looking for a special experience, there are old-style Chinese Junk boats, and you can enjoy cocktails or a meal as you sail around the harbour.

My next stop was to the busy markets. In every city, the markets are the best place to get an authentic sense of the place, and in Hong Kong there are plenty to choose from, including night-time markets and even a floating market. I found it a bit daunting at first, I don’t think I have ever seen so many people! But I soon found my way around and enjoyed buying some souvenirs and gifts.

The main religion in Hong Kong is Buddhism (other than traditional Chinese religions which includes many different gods and practises), and if you take a trip across the bay to Ngong Ping on Lantau Island you can visit the so-called Big Buddha, an imposing bronze statue which towers over the island. Thousands of pilgrims arrive each day to lay an offering at the altar, but tourists are also welcome, and there’s no charge unless you go inside the Buddha. I also visited one of the Taoist temples which serve the one million Tao adherents. It was so serene and welcoming, well worth the visit. If you visit Hong Kong during one of the festivals, such as the Lunar New Year, you’ll get to experience the carnivals and traditions associated with each festival.

Hong Kong has its own “Hollywood Walk of Fame” called the “Avenue of the Stars” which is situated near Victoria Harbor. My favorite thing there was this statue, a tribute to Martial-art movie-star Bruce Lee. As of 2021, there are stars for 114 Hong Kong movie celebrities. This part of my tour took me to the Tsim Sha Tsui district, which was my next stop as it’s one of the popular areas for street food and restaurants, but if you want to hear about that, you’ll have to join me on the next part of my journey through Hong Kong!

In the meantime, take a break, put your feet up and take a trip to the Hong Kong room in Bingo Blitz, or try out one of the seasonal rooms if you enjoy a special challenge. See you next time, Blitzy fans!