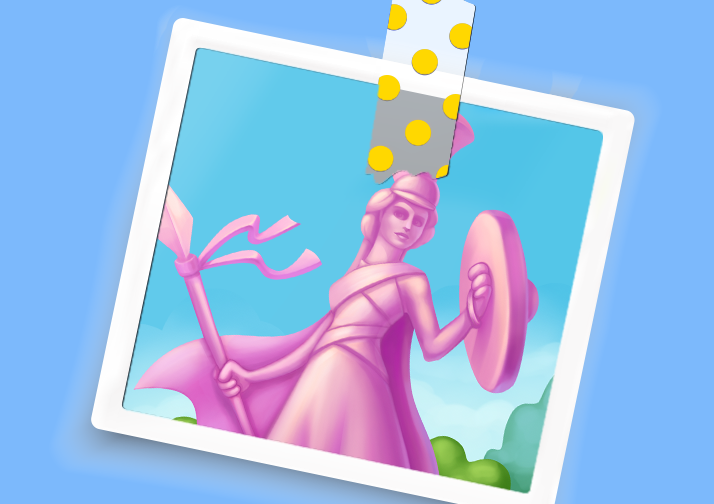 Athens - A City Steeped in Art

Hi friends, Blitzy here! I hope you have been enjoying my Athenian Adventures. I always look forward to the part of my tour where I get to explore the arts and crafts of the city, but here in Athens, I feel as though I am walking through a living art gallery, with picturesque views, incredible antique artifacts, ancient ruins and historical sites all around me. So I was looking for something even more unique than usual to round off this very arty tour.

In a city so rich with both history and art, the two often become entwined. The best place to start is in the Museum of Cycladic Art, which is devoted to ancient Greek and Cypriot art, with a collection of artifacts dating as far back as almost 4000 years ago! This comprehensive collection gives us more than just a glimpse of ancient art, it actually opens up a whole world of cultural history, as well as giving us many clues as to the way people lived. One example is the way in which soldiers and warriors are depicted, and visual reminders of wars won and lost. 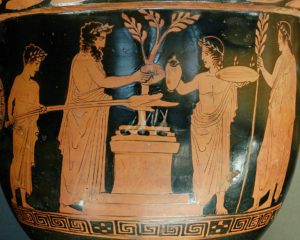 There are plenty of more peaceful scenes shown too! Some involve daily activities, even children at play, and others depict religious ceremonies. Some artworks were clearly meant to be a form of recorded history, but many others were household items, showing us how important these scenes were. In place of our modern-day photographs, parents would commission busts of their children, or scenes representing the household gods.

The Years Pass, the Art Remains 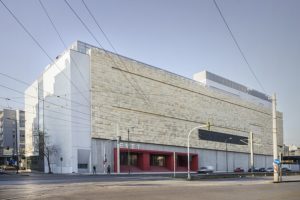 Another popular art gallery is ΕΜΣΤ which stands for Εθνικό Μουσείο Σύγχρονης Τέχνης (in other words the National Museum of Contemporary Art!) Athens has been home to civilization for thousands of years, and even today, Greek art continues to flourish. Interestingly, many themes remain timeless, as art continues to depict the rise and fall of different political entities alongside scenes of domestic life. 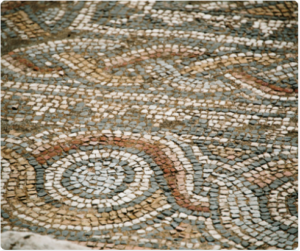 Being one of the oldest centers of civilization means that many handicrafts have been practiced here in Athens over the centuries and millennia. Certain crafts became the trademark of the region and the skills were handed down through the generations, so that the very same techniques are still used by master craftsmen eager to keep ancient crafts alive. There are plenty of places to see these crafts in Athens, but what better way to learn about them than to join a class myself?! I’m always happy to try something new, even if the results might be a bit questionable! There was so much to choose from, including the most obvious, which was sculpting. I decided to join a mosaic workshop and had a lot of fun creating my very own piece of Greek art! I was inspired by the many wonderful mosaic designs I saw during my trip, such as this one.

Handing Over the Baton!

I’ve had my fun, enjoying the art of the city from every era, and having a go at mosaic-making. Now it’s your turn! Here’s a Blitzy gift from me to you, a fun download for you to try. I’d love to see what you make. Once you’ve finished crafting, join me in the Athens Bingo Blitz room, or whichever room is your favorite, and we can get daubing. See you next month from the next city on my world tour!