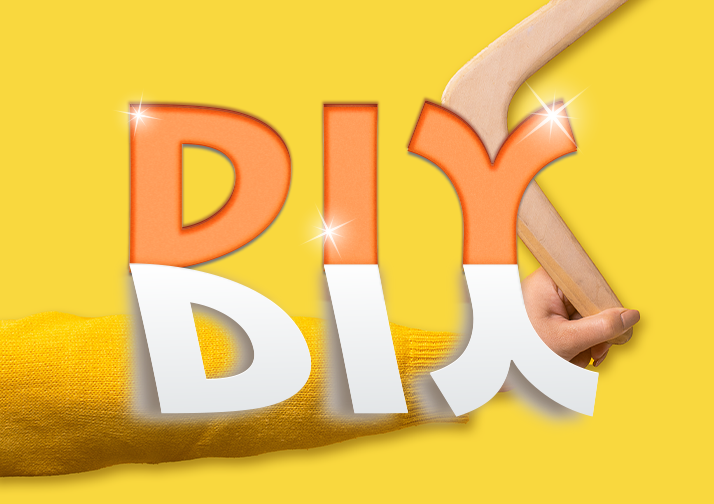 Hi Everyone, Blitzy here! My fans know that apart from bingo, one of my great passions is art, and there’s nothing I enjoy more than a leisurely afternoon in an art museum. Sydney has so much to offer when it comes to the things I love (cuisine, history, sightseeing, games and of course a fun round of bingo!) so I made sure to set aside some time to discover the best of Australian art. 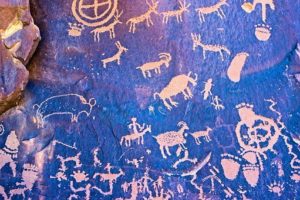 Stepping back in time

Although modern Australia is less than 250 years old, the indiginous people have been here far, far longer, and art played an important role in their lives. The earliest cave art dates back about 60,000 years and shows evidence of a rich culture with important rituals and a strong sense of community. Cave art was a way of documenting life before the written word and books existed. It acted as a form of communication between the generations, allowing clans to preserve their history and traditions. Cave art exists around the world, but Australian cave art is thought to be the longest continuous art form.

Holding on to Tradition 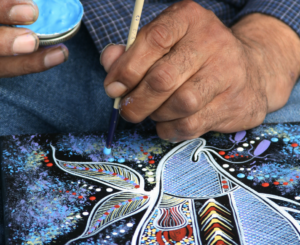 Aboriginal art has developed and evolved over the millennia, maintaining some of the ancient elements whilst at the same time adopting themes and techniques of each new era. This has become especially important over the past 50 years or so as the voice of the First Nation people is heard once again, and art is one of the best media for communicating their experiences, including the pain of all they have gone through since colonialism began. As well as mainstream modern art and fusion styles, there are several familiar styles of Aboriginal art, the most popular of which is the dot art of Papunya Tula. Dot art is actually an artistic representation of sacred rituals and symbols, and has been modified from the original format which was produced with sand, in order to preserve the most secret parts of the Aboriginal sacred culture.

A New Brand for a New Country

Apart from the traditional art of the First Nation artist, the new colonial immigrants brought with them the contemporary artistic styles from Europe, and from England in particular. The early settlers were influenced by landscape artists such as Constable and Lorraine. Capturing the unfamiliar flora and fauna was a priority, which attracted many natural-historians to the new land. I love the combination of cultures, for example, a British artist painting an Aboriginal scene: it says so much about both groups of people and the way they interacted.

The Power to Unite - Art Museums in Modern-Day Sydney

As I said, art is a beautiful way for people from different backgrounds to communicate with one another. Perhaps that is why art plays such an important part of life in Sydney, and there are so many wonderful galleries to visit. The world-class Art Gallery of New South Wales houses works by internationally renowned artists from Rubens to Monet, as well as showcasing Aboriginal and Torres Strait Islanders artists. And that’s just the first museum!! I also visited the Museum of Contemporary Art, which also exhibits art from Australia and around the world, as well as some other smaller galleries. 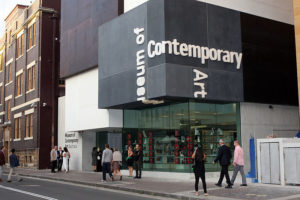 My trip to Sydney is coming to an end, and I am feeling sad about that! It has been fascinating touring this amazing city and meeting so many wonderful people. I have always been saddened by the difficult history between the First Nation people and the colonialists, and it has been truly heartwarming to discover that so many people and organizations are working to heal the split and create a united country. The talented artists of Sydney and Australia really bring the country to life, and tell a tale without words of a shared land that is home to both groups, old and new.

I hope you’ll join me next month for another great city on my world tour, and in the meantime, happy daubing, I look forward to seeing you in the Bingo Blitz rooms!