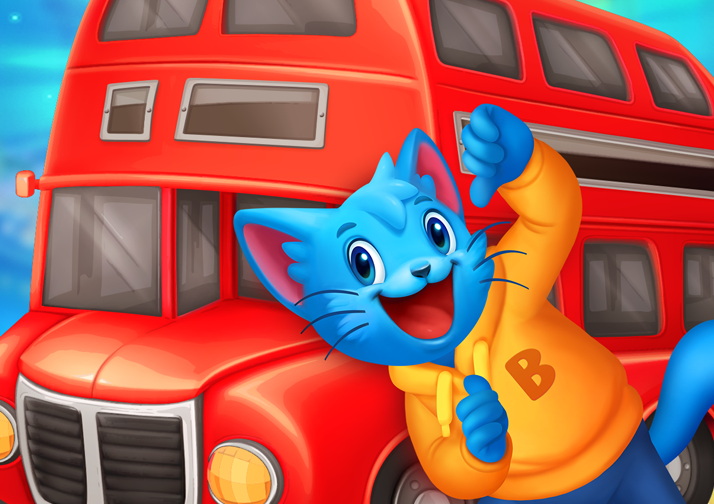 Arts and Crafts in London

In the footsteps of the stars (literally!)

Our tour begins in a fairly quiet location, it doesn’t seem like much of a tourist trap, but it’s a must-visit for music fans. We’re in Abbey Road, the home of the recording studios where the Beatles recorded their iconic hit albums. Outside the studios, the wall is a permanent shrine for fans, with messages and graffiti covering every inch of it. 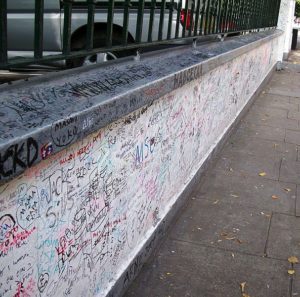 Every few months, the studio paints over it (they don’t remove the old graffiti, but leave it to honor the band and their fans) and it all begins again. There’s even an Instagram page dedicated to the wall, documenting the changing artwork and messages over the years.

A little bit further up the road is the world’s most famous zebra crossing, where many fans recreate the photograph from the album cover of “Abbey Road”. 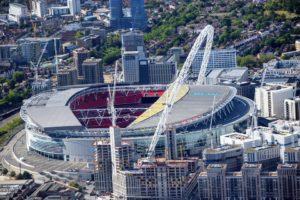 The next stop on our tour is also away from the town center. We’re staying in North London as we visit Wembley Stadium. Traditionally the home of soccer in London, this stadium also plays host to many other sports (rugby, American football, speedway racing etc) and is a concert venue for some of the biggest music stars from around the world. One of the most famous concerts held in Wembley was Live Aid, a benefit concert held on July 13th 1985 which included a line-up of all the top British pop acts of the time, including Dire Straits, Elton John, Queen, David Bowie, U2 and The Who. There were simultaneous concerts in a dozen other countries with a live hook-up, and it was one of the most-viewed television events of all time. 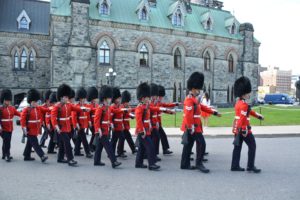 Using music as our theme, our next stop is right in the middle of London, at one of the most imposing buildings. We’re heading to Buckingham Palace! If you time your visit right, you can watch the Changing of the Guards ceremony, and enjoy the musical accompaniment of a military band. If you’ve never been to London, this is the quintessential British experience, and there’s a lovely atmosphere. When it comes to star-spotting, the Queen is not often at Buckingham Palace, but there are certain state occasions when she and her family appear on the famous balcony and wave to the crowd. In the summertime, the palace is open to the public, but again, you won’t be able to catch sight of any Royals: they spend the summer in Balmoral Castle.

Music for the Masses 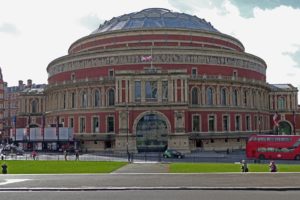 Our last stop for today is the Royal Albert Hall. Named in memory of Prince Albert, this historic concert hall was opened by Queen Victoria in 1871, and has been the home of the “Proms” since 1941. The Proms is an eight-week series of concerts held every summer and broadcast by the BBC. The concerts are mostly classical music, and often showcase new works. There are accompanying lectures, presentations and audience question-time for some of the concerts, and in the past there have even been Proms concerts dedicated to children! The idea of the Proms, which is short for promenade (meaning the audience are walking around) is to make the tickets accessible to everyone, not just those who can afford expensive tickets, and so the 1000 standing tickets only go on sale on the day of each concert, and at a very reasonable price. Seated tickets are sold in advance. It’s long history means that the Proms have an important place in the hearts of Londoners, making them even more fun to attend.

I’ll be posting more fun stuff about my London trip, so don’t forget to check back, and in the meantime, I’m off for a round of Bingo Blitz in the London room - see you there!