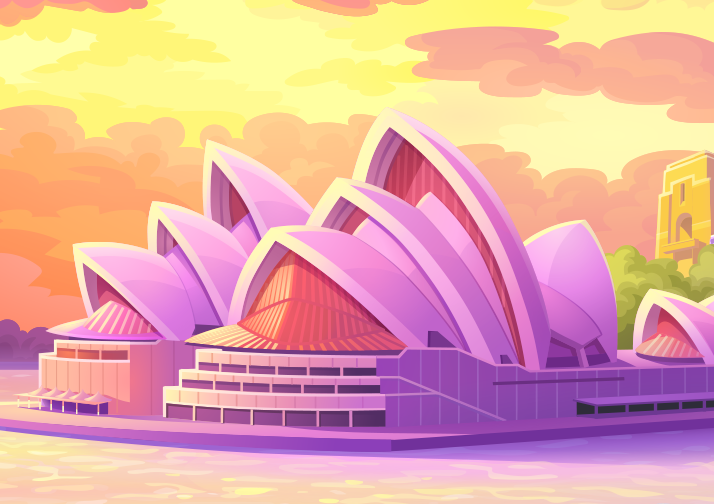 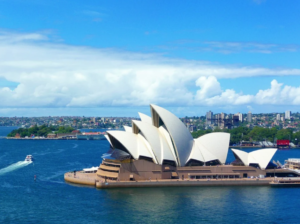 Hi Everyone, Blitzy here! I have travelled all the way to the other side of the globe 🌏 and I’m spending time in Sydney, Australia. What a beautiful city, in a country where ancient meets modern. The First Nations of Australia (also known as Aborigines) have been here for tens of thousands of years, and then the new settlers began arriving around 250 years ago.

Things have not always gone smoothly between the ancient people and the recent colonists. But in recent years, the government has taken important steps to healing the rift between the two groups, and there is more respect between the people than there has been in the past. 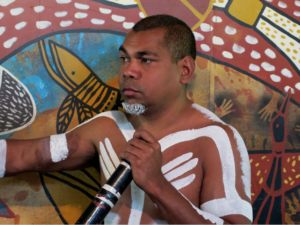 The First Nations consist of many distinct groups of Aborigines, each with their own traditions, culture and language. When the British first arrived, there were over 200 languages spoken by the indigenous clans, with estimates of a population of between half a million and one million . At that time, many of them were semi-nomadic, travelling around and using hunter-gatherer methods to collect food. Some groups used agricultural practises too.

Then the colonists arrived and brought sheep with them, who, within a short space of time, trampled the ground and destroyed some of the indigent crops entirely. But a much more serious problem was that foreigners brought disease with them to which the First Nations people had no immunity, which wiped out a large number of the Aborigine population. By the 1930s, there were an estimated 74,000 remaining Aborigines.

...to an optimistic future 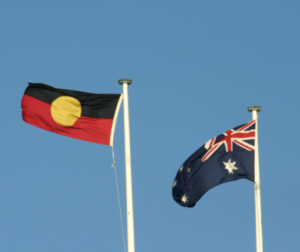 Over time, these numbers began to recover and by 2010, the population of First Nation people was back to pre-colonization numbers! In 1991 the Council for Aboriginal Reconciliation was established to actively heal the problems and to take responsibility for how the Aborigines were treated over the previous 200 years. The new Australians began to learn to accept the host nation and to respect their traditions, and the two have now found a way to live side-by-side. This picture shows the national flag of Australia together with the flag of the Aboriginal people - a symbol of the possibility of peace between the two.

Reaping the benefits of peace 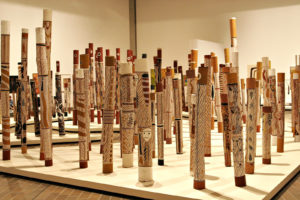 Learning to live together side-by-side has created a combined culture rich in ancient history, with all the benefits of modern technology. Many of the indigenous languages have become extinct or are considered to be endangered, but there are at least 13 languages which are widely spoken and some are even taught in Australian schools. Aborigines pass down their history which they call “the Dreamings” from generation to generation, along with traditions, songs, and stories. There is an artistic tradition dating back thousands of years, and this has now become an important influence on Australian modern art.

The clearest sign that things have really changed, is that 2019 saw the first Aborigine appointed as Minister for Indigenous Australians. Up until then it had always been an “outsider”. In this incredible country of old and new, I hope that things continue on this path towards unity and mutual respect.

Join me throughout this month as I show you around the city of Sydney and meet some new cobbers (that means friends!) and I was even brave enough to try the 🐛 bush-tucker food 😨