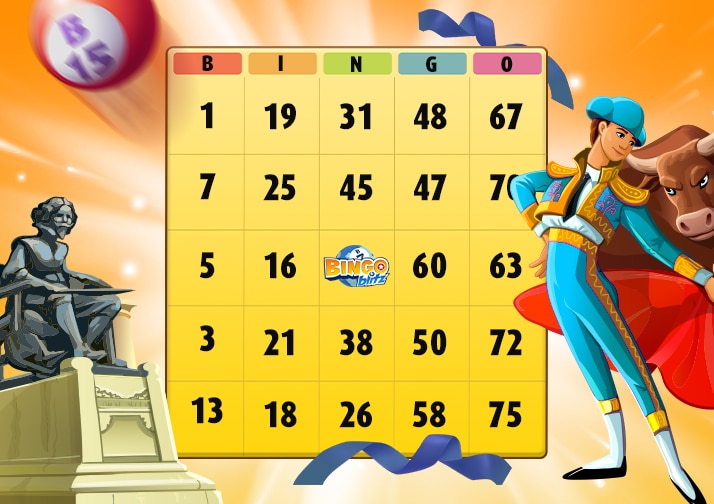 Hola Blitzy fans! I am muy emocionado (super excited) to invite you to my first ever Spanish class! How are you all doing today? I can tell you that me siento bien which as you can probably guess, means I am feeling well.

It is so interesting seeing the sights in Madrid, and learning different phrases in Spanish to help me find my way around. But Spain is not the only country with Spanish as its official language. In fact, there are 21 countries where Spanish is an official language, and over HALF A BILLION people speak Spanish worldwide. 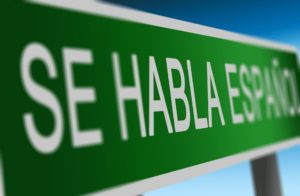 Let's get started with some basics! Today I wanted to get from my apartment to the nearby park, and then to a restaurant for lunch. I decided to order some local favorites, so I chose tapas. After lunch, it was time for some shopping before heading to a bingo hall. Here are some of the phrases I used to get about:

Having had a lot of fun all day meeting new friends and trying out my new Spanish skills, I was ready to hit the bingo hall for a fun evening, and decided it was time to learn my numbers in Spanish. To play bingo, you’ll need to know numbers 1-75, but it takes a bit of practise to get the hang of it so for today I’ll share the first lesson with you, numbers one through ten.

You won’t be surprised to hear that in Spain, Bingo is called…..BINGO!! There are some epic bingo halls in Madrid, and it is so much fun to play, with some big prizes available too. But there are some restrictions as to who is allowed to host bingo games as well as strict minimum age laws. These laws apply to online gambling too which is why Bingo Blitz is so popular, since it doesn’t involve any gambling - how great is that!?

The rules for playing Bingo in Madrid are pretty much the same as the US, and once you know the numbers in Spanish, you are pretty much ready to go. Here are a few other phrases which you need in order to play Spanish bingo:

Now that you are well on your way to becoming a Spanish bingo pro, head on over to the Bingo Blitz Madrid room!